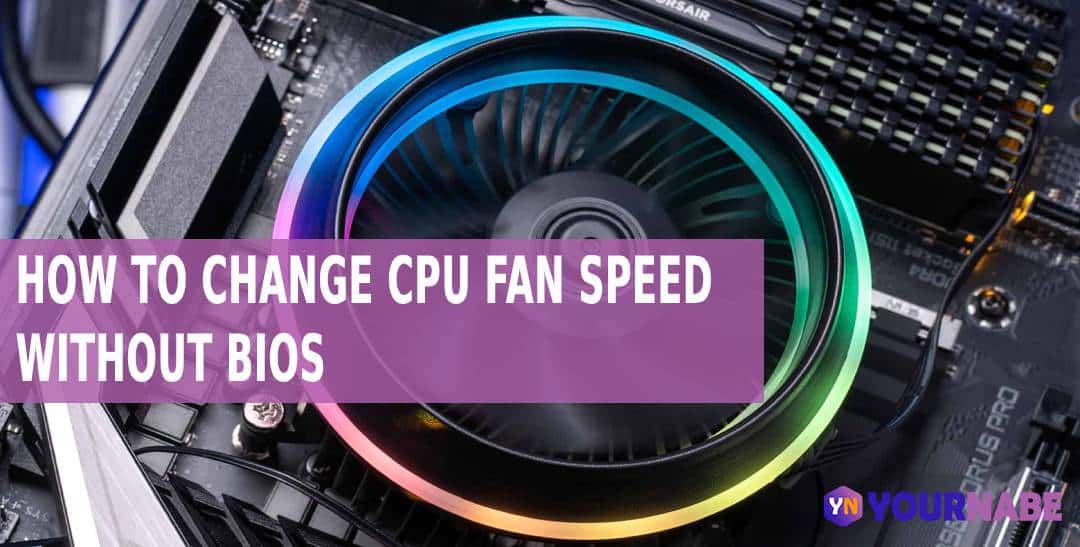 A CPU is one of the most important part of a computer, ‘the Brain’ that is what its called of a computer. It has several components inside it with the help of which it functions. To mention one of the important component of a CPU is its Fan. A CPU Fan helps us to if the system is working fine or not. It makes the system quiet and cool down form heating.

To have control over the CPU is very essential as you might have noticed that the PC getting overheated or making loud noises, this can be prevented if you have proper control over the Fan.

Now if you want to change the Fan speed of the CPU, let us tell you this that people prefer changing the speed of the fan in BIOS. This is the most recommended method of all time but it might not work every time.

But, today we bring it to you the solution for changing the speed of CPU Fan without BIOS.

Though you can adjust your computer fan speeds manually, but we suggest you to go through the automatic option. In order to do that, you will need a fan controlling software.

This software will monitor the CPU temperatures and will also allow you to adjust the fan speed accordingly.

Always choose the software which compatible with your operating system.

We will suggest to go for the SPEEDFAN Software. (given below some of its features)

If you want to change your PC’s fan speed but it not allowing you to do so without BIOS, you can always go for SpeedFan. It is one of the trustworthy software that allows you to take control over the Fan Speed.

SpeedFan has been around for so many years, and it is one of the most used software of all time in such issue.

Despite being popular, this software is not for the users who are beginners as they wont get the usage of the software on the first go. It is also not compatible with every computer, you need to make sure the software works smoothly with the System Chipset.

Use of External Fan Controllers

Are you tired of trying all the options and you are still confused by how to slow the CPU Fan?

Well, its time to consider trying an External Fan Controller. Having an external controller enables you to observe the temperature of your PC and manually fix the speed of the Fan.

If you have one of the best pc fan controllers, you are allowing your system to achieve the fool proof balance of both quiet and cool.

So, before you decide to shop for a PC fan controller, Aesthetics, pin support, controls, and channels should be taken into consideration.

Conclusion On How To Change CPU Fan Speed Without BIOS:

It is good to have a set of good fans which will prevent your computer from overheating. Sadly, they can also create a lot of unpleasant sound which will annoy you in long run.

To Bypass such scenario, make sure you are harnessing a fan controller or the software SpeedFan. This will help you to control your CPU’s fans for excellent cooling and to let you remain in peace and not in the middle of an Airport like sound.

Also, they will also lower the fan speed whenever such need rolls up .

So, this is How You Can Change CPU Fan Speed Without BIOS